The Marshmallow Study Revisited: Delaying Gratification Depends as Much On Nurture as On Nature 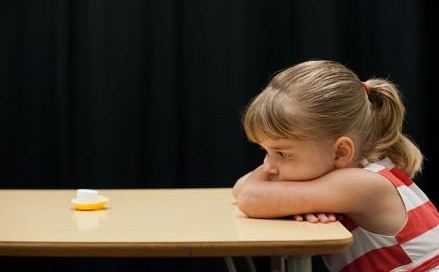 For the past four decades, the “marshmallow test” has served as a classic experimental measure of children’s self-control: will a preschooler eat one of the fluffy white confections now or hold out for two later?
Now a new study demonstrates that being able to delay gratification is influenced as much by the environment as by innate ability. Children who experienced reliable interactions immediately before the marshmallow task waited on average four times longer — 12 versus three minutes — than youngsters in similar but unreliable situations.
Read the Rest of this Article on Science Daily