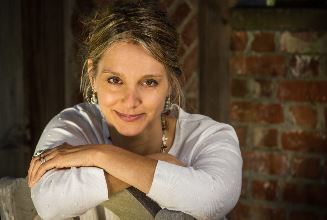 [Source:  Brain Blogger.com]
by Sherianna Boyle MEd, CAGS
Anxiety is most known as a “thinking” disorder which can be evidenced through symptoms such as chronic worrying. Science now shows that human beings have on average between 60,000 and 70,000 thoughts per day and according to author Joe Dispenza, roughly “70% of those thoughts are negative in nature.” Negative thoughts create negative emotions which over time neurologically create redundant behaviors such as rushing, nervousness, preoccupation with the future as well as the past. How is it then, that anxiety could be a gift?
The truth is the actual symptoms itself may not be a gift, however the experience of the symptoms are. It turns out thoughts and emotions are made up of energy. They are simply molecules and atoms in motion. These send off a vibrational frequency. When the frequency is low (has little movement) this corresponds to low level emotions such as fear, insecurity and guilt. When the frequency is high (more movement) this corresponds to higher emotions such as courage, love and appreciation. This information has been scientifically tested and validated by scientists and clinicians such as Dr. David Hawkins.
Read the Rest of this Article on Brain Blogger