The Will to Win Forms at the Age of Four 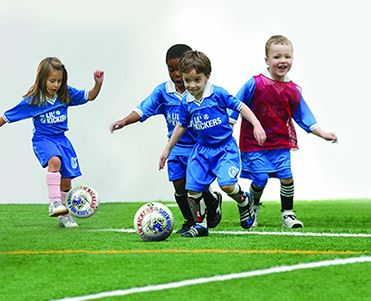 New research suggests children don’t understand competitive behavior until around the age of four.
A team of researchers from the University of Warwick and University of Salzburg found most children under 4 did not have a developed understanding of other people’s perspectives – specifically, of the fact that what someone intentionally does depends on their take on the situation.
Johannes Roessler, from the Department of Philosophy at the University of Warwick, and his co-authors Beate Priewasser and Josef Perner from the Department of Psychology at the University of Salzburg, tested 71 children aged between 3 and 5 years old.
They first tested the children to assess whether they understood that people sometimes act on the basis of false beliefs.
Roessler said: “In the classical ‘false belief task’, children watch a boy put some chocolate in a drawer and go off to play. Someone comes along and moves the chocolate to the cupboard. The experimenter then asks children where the boy will go to retrieve his chocolate. Children under the age of 4 tend to predict that he will go straight to the cupboard, because that is where the chocolate now is – even though the boy had no means of knowing this!
Read the Rest of this Research on Medical News Today