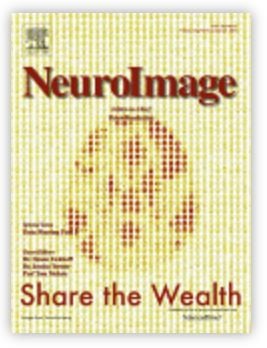 Carnegie Mellon University scientists have discovered a crucial difference in the way learning occurs in the brains of adults with autism spectrum disorder (ASD).
Published in NeuroImage, Sarah Schipul and Marcel Just examined how the brains of typical and ASD individuals gradually became adapted to visual patterns they were learning, without awareness of the pattern, or implicit learning.
Using functional magnetic resonance (fMRI) imaging, Schipul and Just found that the brain activation of ASD individuals was slower to become familiar with the pattern they repeatedly saw, – meaning their brains failed to register the “oldness” of the patterns to the same degree that the control participants did. The brains of the control participants kept decreasing their level of activation with repeated exposures to the patterns being learned – showing adaptation – whereas the decreases in the brain of participants with ASD were significantly smaller.
They also found that the severity of an individual’s autism symptoms correlated with the brain’s degree of adaptation to the patterns. The findings provide insight into why many real-world implicit learning situations, such as learning to interpret facial expressions, pose challenges for those with ASD.
Read the Rest of this Article on Medical News Today