By: Loren Shlaes, OTR/L
Certified Teacher of the Alexander Technique 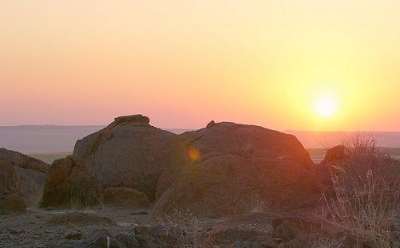 Photo Credit: Keith Lewis
I used to work with a little boy who was a total delight when we were alone in the clinic but had a great deal of difficulty comporting himself in the classroom. At one point, he was put on a behavioral program by his teacher. She listed his problem behaviors on a sheet of paper, such as talking out of turn and being disorganized, and then in the next column, she identified the target behaviors she wanted, such as raising his hand to be called on, speaking kindly to his classmates, finishing his work on time, and keeping his desk tidy. She made copies and sent one home every day, assigning points when he hit his targets. When he arrived for his therapy sessions, his nanny would let me know his scores for the week, which could range from perfect to almost zero.
For a variety of reasons, I had secretly begun to keep track of what the rest of the child’s life was like and how it was reflected in his behavior in the classroom. My conclusion: although he did indeed demonstrate issues that were interfering with his academic functioning, much of what was driving his inability to behave at school was not sensory.
Unfortunately, this little boy and his mother had an extremely tense relationship. She kept him on a short leash, had him scheduled for extracurricular activities and therapies seven days a week, and, although she worked long hours and didn’t spend much time with her children, relegating much of their care to nannies, she expected and demanded a great deal.
He, in turn, loved to push her buttons, especially in the morning, which was a hectic time of day: four children under the age of seven and two stressed out adults all needing to get bathed, dressed, breakfasted, their belongings together, and out the door, on time for their various buses and trains, before 7:30 am.
If his clothing was laid out the night before, my little friend would reject every garment out of hand and insist on choosing others, standing in front of his closet endlessly, unable and unwilling to decide what to wear. If his nanny offered to help him get dressed, he would refuse, claiming his mother would do it instead. His mother, however, was busy with three other small children and her own complicated morning routine.
My friend’s mother was a very beautiful woman with a high profile, high stress career in Manhattan, and had to behave and appear accordingly. If my friend spilled his milk or accidentally flicked a bit of toothpaste on her clothing, she responded by blowing up at him. The nanny reported that his mornings were routinely a disaster, with a great deal of yelling, screaming and blaming on the part of the grownups, and a great deal of crying, acting out, and aggression towards his siblings and the family dog on the part of my little friend.
There didn’t seem to be any understanding on the part of the adults, all of whom were desperate for this child to improve his behavior at school, that there was a direct correlation between the sturm und dranghe experienced at home in the mornings, and his lack of ability, especially on the days that started with a screamfest, to pay attention, apply himself, and treat his classmates with patience and respect.
From my perspective, this child was trying to assert some control where he had none, and to get some attention from his ambitious, highly strung, distracted mother. His clumsy attempts to connect with her continually backfired on him because of her inability to restrain her temper when she was under so much pressure. Consequently, she habitually sent him off to school miserable and out of sorts before his day had even begun.
If you are a therapist or a teacher working with a difficult child, do you know what is happening in the child’s life when he is not with you? If you are a parent of a child who can’t behave at school, what is your child’s morning like? If you send your child off to school after a morning of fighting and yelling, it will certainly show up in his ability to function there.
Featured Author: Loren Shlaes, OTR/L
Many thanks to Loren Shlaes for providing us with this article for our newsletter and website.
Loren Shlaes, OTR/L is a pediatric occupational therapist specializing in sensory integration and school related issues, particularly handwriting. She lives and practices in Manhattan. She blogs at http://www.pediatricOT.blogspot.com/