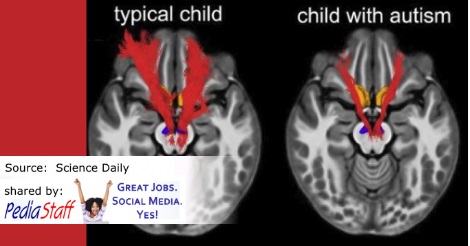 Children with autism have structural and functional abnormalities in the brain circuit that normally makes social interaction feel rewarding, according to a new study from the Stanford University School of Medicine.

The study, which will be published July 17 in Brain, documented deficits in children with autism in a crucial reward circuit, called the mesolimbic reward pathway, that’s buried deep within the brain. The degree of abnormality in this pathway predicted the degree of social difficulty in individual children with autism, the study found.

The findings help clarify which of several competing theories best explains the social impairments seen in children with autism. The discoveries, made via MRI brain scans,