Kids Adjust to Drinking Plain Milk After Chocolate is Removed 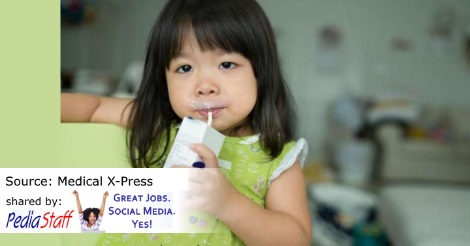 A new study by the Rudd Center for Food Policy and Obesity at the University of Connecticut has found that most students adjust to drinking plain milk after flavored milk is removed from school lunch menus.

Flavored milk served in the National School Lunch Program contains up to 10 grams of added sugar per serving, which is 40 percent of a child’s daily allowance of added sugar. Given the nation’s key public health target of limiting added sugars in children’s diets, flavored milk has come under scrutiny in the context of school nutrition.