by Tasia Markoff, lifehiswayblog.wordpress.com Reprinted with permission of the Author as it appeared on the Thinking Person’s Guide to Autism 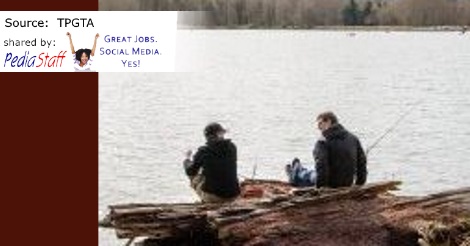 Last week Nick’s science teacher mentioned in an email that he was concerned that Nick is isolating himself socially. The other kids don’t know that he’s autistic, and they wonder about his odd behavior and lack of social reciprocation. There appears to be a general atmosphere of acceptance in his science classes, and I am not pressuring Nick to disclose his autism. Still, something seemed lacking in his teacher’s view, because school is seen as a social place and not just an academic place. A child who doesn’t even try to make friends is cause for concern to his teachers no matter how good his grades are.

I told his teacher that there should continue to be zero pressure on Nick to connect socially in school. Nick uses school for academics only. Everything that does not lead to him getting a diploma we have eliminated — no homeroom, no assemblies, no pep rallies, no non-required electives. His custom school day uses up way fewer tokens than a regular day would, which allows him to thrive at school and get his education. If we added in social expectations, he would be overwhelmed.

That’s not to say that we don’t want him to have a social life. Nick craves social contact to a certain degree, so we look for appropriate ways to meet that need. At Karla’s monthly teen/mentor meetings, Nick is outspoken and supportive. He engages regularly with his siblings. He has neighborhood friends who have known him since he was four and accept him as he is.

Yesterday we were in Vernonia, a small town about an hour’s drive from home with a lake that has just been stocked with 3,000 trout. Nick had been planning this day for weeks, and while we waited for Karla to meet up with us, Nick connected with a handful of boys who were out here for the same reason. They talked about the best spots on the lake to fish, what kind of bait they were using, and who had caught what so far. None of them knew each other but they were instant fishing buddies. The old coots who are always around advised the young ones, and the young ones heeded them with respect. I watched him interact and wondered if his science teacher would even recognize him. The awkward, seemingly antisocial kid who ignores his classmates was demonstrating stellar social skills to anyone holding a fishing rod. This happens every time he goes fishing and there are other people around.

So what’s going on here? Does my autistic son lack social skills or does he not? The answer is that context matters. Socializing costs a lot of tokens. When Nick is in a situation that is already difficult for him, he won’t have those tokens to spare. He will need to focus on what really matters to succeed in that situation (in science class, success = learning science). When he’s engaged in a special interest like fishing, he is rebuilding his token supply, so he has plenty to spare for non-necessities like socializing. Because he does crave social contact, connecting with his fellow fishermen at the lake is a priority, unlike making friends in school.

At his last fencing tournament, I noticed the same thing. Fencing is a different kind of special interest for Nick because it does cost him tokens due to the stress of competing and the sensory input. But he is rebuilding tokens while he spends them because he gets so much satisfaction from fencing, so he can generally participate in the social aspects of practice and competition. In Seattle two weeks ago, Nick chatted with his teammates, cheered them on, listened carefully to his coach, and even talked to fencers from other teams. Again, I suspect his science teacher would have been surprised to see how social Nick can be in that context.

(By the way, for anyone who knows fencing, Nick earned his first rating at that tournament: E2013. He’s not just a good fencer despite his challenges. He’s a good fencer, period.)

Karla often says that autistic people need to “find their peeps” as she did in the high-tech industry and among people who share her special interests. Nick’s peeps are at the lakes and rivers; they’re at fencing clubs, campgrounds, and reptile expos. Those are the places where he shines. School is a tool he is using to gain himself more options for how he wants to live his life. It’s not a place where he should be judged by his social skills. Nick is thriving in school: getting straight A’s, making the honor roll, and learning eagerly. If a teacher doesn’t see that as thriving in the absence of making friends, I am here to show him a different perspective.

Featured Author:  Tasia Markoff, Autism Mom and Owner of the LifeHisWay blog and the Thinking Person’s Guide to Autism

About the Author:  Tasia Markoff is a photographer, editor, and mother of three, including Nick, a teenager on the autism spectrum. She blogs about raising Nick with the guidance of an adult autistic mentor, and she considers autistic people to be the true experts on autism.

Why We Are Doing This: The Thinking Person’s Guide to Autism (TPGA) is the book and website we wish had been available when our loved ones with autism were first diagnosed.

Autism misinformation clouds and is perpetuated by the Internet. We want to make accurate information about autism causation and therapies visible, accessible, and centralized.

We also want to help new autism community members develop a positive yet realistic attitude, to appreciate the strengths while supporting the struggles of our loved ones with autism.

Our attitude is cautionary yet loving — we are interested in strong opinions, but not in negativity. Our families need their energies for evidence-based optimism!