Pediatric Therapy Corner: What if Its More Than Just “Misbehaving”? 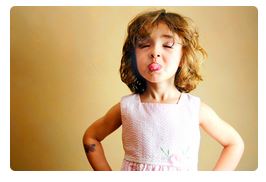 Frequently,  I see a variation of the following scenario on  many speech and language forums.

The SLP is seeing a client with speech and/or language deficits in either school setting or private practice, who is having some kind of behavioral issues.

Some  issues  are described as mild such as  calling out, hyperactivity, impulsivity, or inattention, while others are more severe  and include  refusal, noncompliance, or aggression  such as kicking, biting,  or punching.

An array of advice from well-meaning professionals immediately follows.  Some behaviors may be labeled as “normal” due to the child’s age (toddler),  others may be “partially excused” due to a psychiatric diagnosis (ASD).   Recommendations for reinforcement charts (not grounded in evidence) may be suggested. A call for other professionals to deal with the behaviors is frequently made (“in my setting the ______ (insert relevant professional here) deals with these behaviors and I don’t have to be involved”). Specific judgments on the child may be pronounced: “There is nothing wrong with him/her, they’re just acting out to get what they want.” Some drastic recommendations could be made: “Maybe you should stop therapy until the child’s behaviors are stabilized”.

However, several crucial factors often get overlooked. First, a system to figure out why particular set of behaviors takes place and second, whether these behaviors may be manifestations of non-behaviorally based difficulties such as sensory deficits, medical issues, or overt/subtle linguistically based deficits.

Read the Rest of this Article on Smart Speech Therapy