Study Proposes New Theory For Evolution of the “Lullabye” 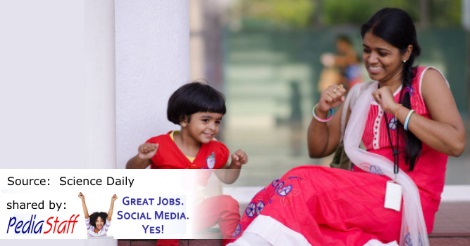 These days, it’s a territory mostly dominated by the likes of Raffi and the Wiggles, but there’s new evidence that lullabies, play songs, and other music for babies and toddlers may have some deep evolutionary roots.

A new theory paper, co-authored by Graduate School of Education doctoral student Samuel Mehr and Assistant Professor of Psychology Max Krasnow, proposes that infant-directed song evolved as a way for parents to signal to children that their needs are being met, while still freeing up parents to perform other tasks, like foraging for food, or caring for other offspring. Infant-directed song might later have evolved into the more complex forms of music we hear in our modern world. The theory is described in an open-access paper in the journal Evolution and Human Behavior.

Music is a tricky topic for evolutionary science: it turns up in many cultures around the world in many different contexts, but no one knows why humans are the only musical species. Noting that it has no known connection to reproductive success, Professor of Psychology Steven Pinker, described it as “auditory cheesecake” in his book How the Mind Works.