TV Show Featuring Young Adults With Down Syndrome To Return 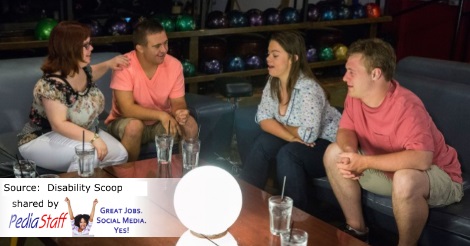 More episodes are on the way for a new television show focusing on the lives of young adults with Down syndrome.
A&E Network said it has renewed “Born This Way” for a second season.
The show, which debuted in December, follows seven young adults with the chromosomal disorder and their families in Southern California.
The documentary series’ initial six-episode run concludes this week, and network executives said that the audience has steadily grown.
“We have been overwhelmed and moved by the feedback we’ve received for ‘Born This Way’ from viewers, as well as people with disabilities and their family members,” said Elaine Frontain Bryant, executive vice president and head of programming at A&E Network.
Read the Rest of this Article on Disability Scoop