Worth Repeating: How Play Wires Kids’ Brains For Social and Academic Success 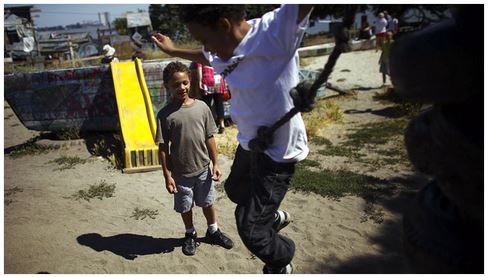 When it comes to brain development, time in the classroom may be less important than time on the playground.

“The experience of play changes the connections of the neurons at the front end of your brain,” says Sergio Pellis, a researcher at the University of Lethbridge in Alberta, Canada. “And without play experience, those neurons aren’t changed,” he says.

It is those changes in the prefrontal cortex during childhood that help wire up the brain’s executive control center, which has a critical role in regulating emotions, making plans and solving problems, Pellis says. So play, he adds, is what prepares a young brain for life, love and even schoolwork.

“The function of play is to build pro-social brains, social brains that know how to interact with others in positive ways.”

But to produce this sort of brain development, children need to engage in plenty of so-called free play, Pellis says. No coaches, no umpires, no rule books.

“Whether it’s rough-and-tumble play or two kids deciding to build a sand castle together, the kids themselves have to negotiate, well, what are we going to do in this game? What are the rules we are going to follow?” Pellis says. The brain builds new circuits in the prefrontal cortex to help it navigate these complex social interactions, he says.

Read the Rest of this Article on MindShift