Teen With Asperger’s Named Time Person Of The Year 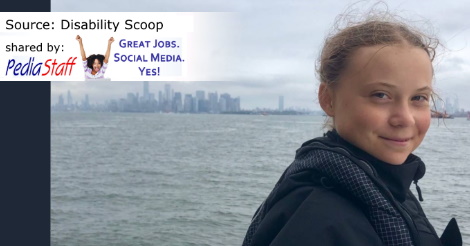 NEW YORK — She inspired a movement — and now she’s the youngest ever Time Person of the Year.

Greta Thunberg, the Swedish 16-year-old activist who emerged as the face of the fight against climate change and motivated people around the world to join the crusade, was announced Wednesday as the recipient of the magazine’s annual honor.

She rose to fame after cutting class in August 2018 to protest climate change — and the lack of action by world leaders to combat it — all by herself, but millions across the globe have joined her mission in the months since.