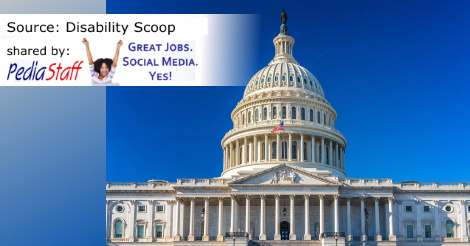 Years after the term “mental retardation” was stripped from many federal statutes, numerous references to “mentally retarded” remain. Now, a bipartisan group of lawmakers wants to change that.

A bill introduced late last week in the U.S. House of Representatives would replace language that many with disabilities find offensive in more than two-dozen instances in the U.S. Code.

The move comes more than a decade after passage of Rosa’s Law, which removed “mental retardation” from federal health, education and labor policy in favor of “intellectual disability,” but failed to address references to “mentally retarded,” according to lawmakers behind the latest effort.