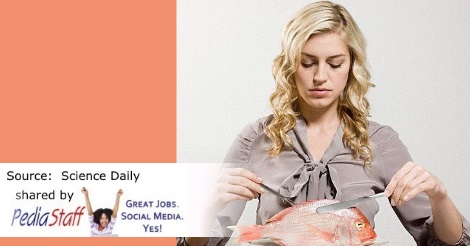 Researchers at Tohoku University’s School of Medicine have found an explanation for the correlation between eating fish during pregnancy, and the health of the baby’s brain.
Dietary lipid contains fatty acids such as omega-6 and omega-3, which are essential nutrients for many animals and humans. The research group, led by Professor Noriko Osumi, found that a balanced intake of lipids by pregnant women is necessary for the normal brain formation of the unborn child.
In an animal study, the researchers noticed that when female mice were fed an omega-6-rich/omega-3-poor diet, their offsprings were born with a smaller brain and showed abnormal emotional behavior in adulthood.
This is significant because people in many countries these days have similarly poor dietary patterns and tend to consume more seed oils that are rich in omega-6 fatty acids and less fish rich in omega-3 fatty acids.
Read the Rest of this Article on Science Daily