In Rett Syndrome, Permanent Changes in Brain Genes May Not Be so Permanent After All 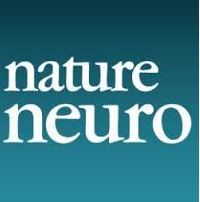 In normal development, all cells turn off genes they don’t need, often by attaching a chemical methyl group to the DNA, a process called methylation. Historically, scientists believed methyl groups could only stick to a particular DNA sequence: a cytosine followed by a guanine, called CpG. But in recent years, they have been found on other sequences, and so-called non-CpG methylation has been found in stem cells, and in neurons in the brain.
Now, a team of researchers at Johns Hopkins has discovered that non-CpG methylation occurs later and more dynamically in neurons than previously appreciated, and that it acts as a system of gene regulation, which can be independent of traditional CpG methylation.
In a study described in the journal Nature Neuroscience, the Hopkins team describes this new gene control mechanism and how it may contribute to Rett Syndrome, a nervous system disorder affecting mostly girls that causes problems with movement and communication.
Read the Rest of this Article on Medical News Today